Who Do You Think You Are? Returns 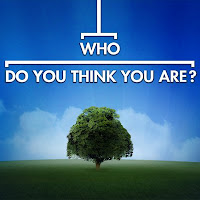 BBCs Who Do You Think You Are? in which celebrities trace their family trees to reveal the lives of their ancestors returns on Wednesday, 10th August at 9.00pm for a new series.
EastEnders favourite, June Brown, stars in the first episode of series 8 and...

... begins her investigation in London, by exploring her great great great grandfather's involvement in the shadowy underworld of 19th century bare-knuckle boxing. Tracing her ancestors further back, the trail leads June to Holland and the story of a family tragically divided by war. Pushing back even further, June discovers an extraordinary document that reveals the impact the Spanish Inquisition had on her family, causing them to be forcibly expelled from North Africa.

Link: Who_Do_You_Think_You_Are_Series_8
Posted by an extract of reflection at Sunday, August 07, 2011