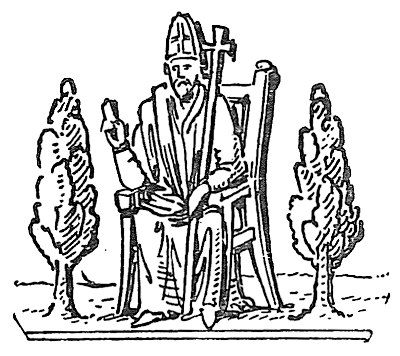 From The Complete Irish Traveller, published in London in 1788.*

NEWRY, though not the shire town of the county, is the most considerable for trade and compass in it. It stands 47 miles distant from Dublin, seated on a river, called after its name, the Newry Water. The situation of this town is but indifferent, though healthy, having been spread along the side of a steep hill, occasioned by the following causes:-- As it was a considerable pass leading through the bogs and mountains between Dundalk and these eastern parts of Ulster, with which at that time there was no other communication by land, the English erected some castles here as a necessary security to command the head of the bridge, under the protection of which the town took its rise. Add to this, the resort to its harbour, in order to secure the infant settlements of the English early planted in this country; and the advantage of a sumptuous abbey founded here not many years before their arrival. The town is almost surrounded by mountains and rocky hills, except to the north and north-west, where a prospect opens into a good country, through which the canal is carried. At the bottom of it runs the Newry Water, over which are two handsome stone bridges -- one on the Dublin road, of six arches, and the other, in the way to Armagh, of ten. It has a good markethouse, and the turnpike road leading from Dublin to Belfast, Antrim and Armagh, pass through it, where is also the lowest lock of the canal.

As a town of any consequence, it owes its rise to Sir Nicholas Bagnal, Knight Marshal of Ireland, who, with excellent conduct, did many memorable exploits here. He re-edified the town, and erected the church, on the outside of whose steeple is 1578, cut in stone, with the Bagnals' arms; about which time he built a strong castle for the defence of the town. The Abbey was founded in 1157, for Cistercian Monks. Some fragments of the Chapel of the Abbey were very lately standing. The abbot's house yet remains, and is converted into a common dwelling-house.

At one end of the town seated on an eminence, stands the church -- 90 feet by 28 in the clear, exclusive of a vestry room 20 feet square, which was the first place of sepulchre for the Bagnal family, all which, as above, with steeple, were erected by the said Sir Nicholas. It was ruined in the rebellion of 1641, yet not so but that the steeple and walls remained entire. After the restoration, one half of the church only was covered, together with the vestry or court-room. About the year 1720 the other half of it was repaired, and in the year 1729 it was raised 6 feet higher, to make room for a gallery for the reception of a large congregation, which the former height of the walls would not admit. These several alterations shew the increase of this town from time to time, especially in protestant inhabitants of the church of Ireland. Not far from the church is a presbyterian meeting-house. It suffered a new calamity, being burned down by the Duke of Berwick anno 1689, on his retreat to Dundalk, from Duke Schomberg and the English army, who on their approach found it in flames, a square castle or two, and five or six houses only escaping, which the Irish had not time to destroy. Since the settlement of the kingdom in 1691, it is greatly improved in trade, inhabitants, and buildings, and is now in a thriving condition and is still likely to improve further, by the conveniences of the canal.

*The Committee of the Newry Free Library granted special permission to have this volume "out," in order to give opportunity for copying selections. It maybe interesting to add that the book bears the name of "James Halyday, Newry," and later of "J. Glenny." The spelling and type is old style ; we modernise the latter, but give the former just as it appears.


This article was originally published in "The Open Window Illustrated - Literary Annual and Year Book of Local Annals" in 1900 which was centred on the Newry area.

Posted by an extract of reflection at Thursday, May 08, 2014