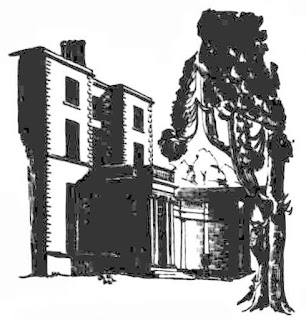 Life – that is different – returns to Down house

Rev. John Dubourdieu, Rector of Anahilt, writing his survey of the County of Down in the year 1802, says:– “Besides the several spacious habitations of the principal proprietors of this county, there are numerous and elegant modern built mansions belonging to the gentlemen; and others also, of an earlier date, modernised with taste and judgment."

One of these "others of an earlier date” is Florida Manor in the Parish of Kilmood. Little seems to be known of its early history, but into the wall of one of the farm-buildings is built a plate bearing the date 1676

It is known that the house was built by the Gordons, a family of ancient Scottish lineage. The lands at one time probably belonged to the Whytes, but in the sixteenth century this family was not strong enough to retain its holdings and much went from its possession into the hands of bold Scots adventurers who sought, nearer home, such lands and wealth as Raleigh and his fellows were finding in the new lands of America.

During the eighteenth and early nineteenth centuries Florida Manor must have been a pleasant and gracious place, standing in its wide demesne of ancient trees. Some of the oaks, we are told, were in 30 feet in girth. The wide hall with its elegantly moulded ceiling and handsome staircase was doubtless the scene of much coming and going when each of the fine coach houses at the rear of the dwelling held either chaise or phaeton.

In the lists of those who held the office of High Sheriff of the County of Down the name of Gordon of Florida twice appears. In 1810 David Gordon held the office, and in 1833 the honour fell to Robert Gordon.

At the beginning of the 20th century the dwelling could no longer be described in the Rev. J. Dubourdieu's glowing language, and by the time the second World war upon us, Florida Manor was in a sad state of repair. Ceilings had fallen in, floors had rotted, and in the once-gracious gardens a tangle of weeds rioted.

Happily, to-day a different tale can be told. The old house is once again being "modernised with taste and judgment." The dwelling and lands were purchased, a year or two ago, by a farmer who is also an artist and under his skilful supervision the ruined house has become a home for two families.

It was possible to save only a part of the beautiful hall ceiling, but the carved marble fireplaces still grace drawing-room and studio, and the long windows in the library retain all their elegance.

The freshly painted coach houses now shelter the more prosaic tractor, and from behind the stable doors come the grunts and lowings of the farm's livestock — sounds that tell us that life and prosperity are returning to Florida Manor.