Prayers of the Past

On Monday, 1st June 2015, the Presbyterian Church in Ireland will open their 175th annual General Assembly.

100 years ago the General Assembly of 1915 opened under much different circumstances.

The euphoria of the call to war had long been tarnished by 10 months of fighting with names such as Mons, the Marne, Albert, Ypres, Givenchy and Neuve-Chapelle that still resound today. The Irish Division had been decimated at Gallipoli and the Ulster Division had just left for training and deployment. The slaughter of the Somme, Passchendale still unimagined.

At that opening meeting a century ago a special intercessory service was held and, from that service, the following prayers of intercession were sent to all ministers in the Church – some of which we could use today...

In the special intercessory service on the evening of the opening of the General Assembly a few minutes were devoted to silent prayer. During these the Moderator [Rev. Thomas Hamill, MA, DD] suggested at brief intervals supplications which might be offered. Subjects for intercession had been noted beforehand from which these were selected at the moment. They are printed below as they had been prepared, and are sent to ministers at the request of a number of those who were present.

Let us Unitedly ask of God:-

That He would be gracious towards our Empire and its many peoples, making this time of sore trial to be rich in blessing to them all.

That He would pour out of His goodness on our King and on the Queen and all the members of the Royal House.

That He would give wisdom and strength to our Government and to all in authority, that what they do may be in harmony with His holy will.

That He would work in our nation a deeper consciousness of sin, that in true penitence we may put away everything provoking His righteous judgment.

That He would deliver us from all pride and false ambition, all covetousness and self-indulgence, and from the curse of intemperance.

That He would enable us, however sorely provoked, to cherish the Spirit of Him Who on the Cross prayed for His murderers.

That He would deepen throughout our Country and Empire the spirit of loyalty and patriotism, making us willing for every sacrifice.

That He would grant to our Commanders guidance and insight, that with skill and success they may direct all operations on land and sea.

That He would inspire all our officers and men with love of country and fidelity to duty, that in all extremities they may be brave and strong.

That He would save our soldiers and sailors from every temptation, keeping them chivalrous, temperate, and pure.

That He would give them patience and fortitude amid hardship and suffering, and defend them in the hour of peril.

That He would be very near and very gracious to those appointed to die, granting them peace through faith in Jesus Christ our Saviour.

That He would in mercy remember all prisoners of war, all maimed and made helpless for the work of life, all who cry to Him in distress and loneliness and fear.

That He would fit for helpful service all ministering to our soldiers and sailors – all nurses, chaplains, surgeons – that they may never fail in gentleness and sympathy and skill.


III. – FOR THOSE SERVING OR SUFFERING AT HOME.

That He would fill us all with gratitude for those risking everything in our defence, and help us to remember them more constantly in prayer, and make us more worthy of their great sacrifice.

That He would aid and prosper the efforts of all caring for the suffering and the sorrowing in the Home Lands, all trying to relieve poverty and distress.

That He would sustain all at home troubled and anxious about loved ones in peril, and enable them to commit them to His Almighty keeping.

That He would bind up broken hearts, and grant the holy comforts of His grace to all fathers, mothers, sisters, brothers, friends, bereaved by the War, especially to all widows and orphans.

That He would draw closer together employers and employed so that setting aside mere personal and class interests they may work unitedly for our country’s good.

That He would pour more and more of the Spirit of Prayer and of Consecration on our people, that the work of God in our midst and mission work everywhere may be greatly promoted.


IV. – FOR OUR OVERSEAS DOMINIONS, OUR ALLIES, etc.

That He would so order it that when the judgments of the Lord are, through this War, upon the Earth the people may learn righteousness.

That in this land and in every land He would remember and visit with His grace the Churches of Christ afflicted by the War.

That He would abundantly bless the Overseas Dominions of our Empire, who are so wholeheartedly making our cause their own.

That He would through the War open a more effectual door for the Gospel among our fellow – subjects in India, many of whom are so loyally fighting in our armies.

That He would pity and save those on the Continent who have been brought low in misery and ruin by ruthless invaders.

That He would graciously awaken in our enemies the spirit of repentance, turning them from false ambitions and unjust aggression, and leading them to seek peace.

That He would speedily grant victory to us and our Allies, such victory as may advance throughout the world that Kingdom which is righteousness and peace and joy in the Holy Ghost. 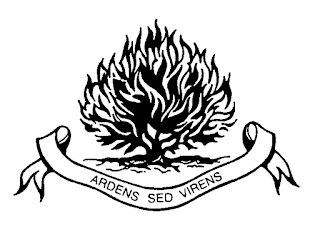