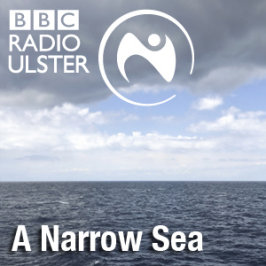 How did I miss this... Yet another great production from BBC Radio

A Narrow Sea, is a series of six minute episodes which explores the long history and relationship between Scotland and Ireland.

"The sea between the North East of Ireland and the South West of Scotland is a narrow sea. For centuries men and women have been crossing that narrow sea - known today as the North Channel and in the past as the Waters of Moyle - to settle, to visit, to trade, to raid."

Broadcast on BBC Radio Ulster weekdays at 6.54pm it is also available through BBC iPlayer or you subscribe through iTunes

Some of the recent episodes were:

Posted by an extract of reflection at Thursday, January 27, 2011