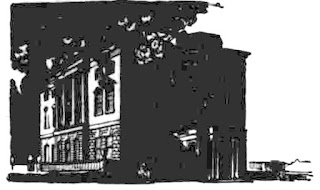 The owner who fell in a duel

NOW, on every fine day, the farmers are busy garnering as much of the harvest as they can save after this wet summer. Driving towards Strangford on one of these blue and gold days of early autumn, I saw a line of men, scythes in hand, moving rhythmically across a cornfield laid low by wind and weather, and impossible to harvest by machine.

Close behind them followed their women kind, gathering and stooking the corn as it fell. These countryfolk were working the fields as their ancestors worked them, when Castle Ward was Carrick na Sheannagh, and before Robert Ward, Surveyor General of Ireland in the time of Elizabeth 1, purchased the estate from the Earl of Kildare.

The original house was built close by the farm and nearer the Lough, and it was from this house that Bernard Ward, great great grandson of Robert Ward, went out to fight against Jocelyn Hamilton, the duel in which he was killed and Jocelyn Hamilton mortally wounded.

Bernard Ward's grandson became Deputy Governor of Co. Down in 1759, and it was about this time that Mrs. Delaney described Castle Ward as being "altogether one of the finest places I ever saw."

However, the Deputy Governor of County Down wanted a finer mansion, albeit he and his Lady found some difficulty in deciding upon the architectural style; he wanted a dwelling in the classic manner, she desired something fashionably Gothic, as Mr. Walpole's house at Strawberry Hill. Husband and wife compromised, with the curious result that at Castle Ward one side of the dwelling has the pointed windows and battlements of the Gothic taste, whilst the other side has a severe classic elevation.

A letter from Mrs. Delaney to her sister, written about the time of the erection of the new dwelling, gives us her opinion. She wrote:

"Mr. Ward is building a fine house, but the scene about it so uncommonly fine it is a pity it should not be judiciously laid out. He wants taste, and Lady Anne is so whimsical that I doubt her judgment. If they do not do too much they cannot spoil the place, for it hath every advantage from nature that can be desired."

In 1770, Mr. Ward was created Baron Bangor. A faithful account of the style of living at Castle Ward about this time is given to us by Sir James Caldwell, of Co. Fermanagh, who, on October 12, 1772, having business with Lord Bangor, called at Castle Ward and was invited to dine and spend the night. Here is an extract from his diary:—

"There was an excellent dinner, stewed trout at the head, chine of beef at the foot, soup in the middle, a little pie at each side, and four trifling things at the corners.

The second course of nine dishes was made out in much the same way. After the cloth was taken away the fruit – a pineapple, a small plate of peaches, grapes and figs, and the rest, pears and apples. During dinner two French horns of Lady Clanwilliam's played very fairly in the hall next the parlour.

Portraits of the Ward ancestors hang in the dining room at Castle Ward, and, as Lady Bangor has handed this historic house to the National Trust, next year the public will be privileged to see these portraits and the treasures that the house contains.