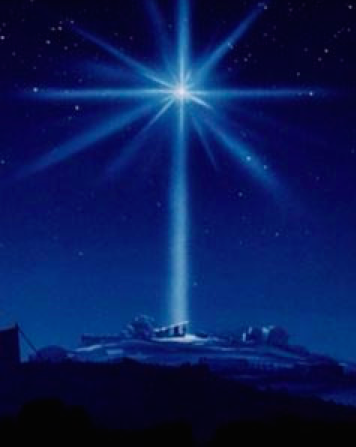 In the first place, why is Christmas celebrated on December 25th? The precise day of the year on which Christ was born, nobody knows, and it must be remembered that nineteen hundred years ago the year was not calculated as it is now, in any case.

It is not even known what section of the Christian Church first looked upon this particular date as the one associated with the Birth of the founder of our religion. About the middle of the fourth century, Pope Julius issued an instruction that the proper day of the year should be ascertained, and the inquiry was undertaken by St. Cyril. He found that the festival was celebrated on varying dates by the several sections of the Church – January, March, April, May, and September – though the churches, in the West of Europe seem to have agreed on December 25th. That was sufficient for the Pope, and since his day Christmas has always been celebrated on the day to which we all look forward with such pleasure every year.

Thus having seen why we celebrate Yuletide on December 25th, let us examine the whys and wherefores of some of the festival's hoary associations. Those of us who are young enough have, say, a passing interest in the mistletoe, and the opportunities it connotes. Why is kissing under the mistletoe customary, or – shall we say? – permissible? It's an old idea, and for its origin we go back to the time of our Scandinavian forefathers. They built big "Jule" or "Yule" fires as a method of honouring the god Thor, a deity who was supposed to be the better pleased the higher the flames from the bonfires rose to the skies. And the tree whose sap was somewhat exhausted, the trees which were driest, were these on which the mistletoe, had battened, so to speak, and thus it cams to be believed that by this process the god – who had caused the mistletoe to grow on the trees – ensured big fires in his own honour.

Under the branches of a tree on which the mistletoe grew the men dropped their weapons; they took home bunches of the shrub and hung them over their doorposts, and it was the custom that even if an enemy passed: into the house beneath that mistletoe he became for the time being a friend. From that it became usage to greet people who came under the mistletoe with a kiss in token of friendship, and – well, you know very well the manner in which the sentiment is manifested in this year of grace.

Incidentally it may be mentioned that the reason why mistletoe is never used in the decoration of our churches is that it was used by the Druids as a religious symbol in their rites at the sacrificial altars.

Then there is the question of good old Santa Claus, who seems nowadays to be almost a better known as Father Christmas, and more or less caricatured as such by the disguised individuals who masquerade at the Christmas grottos and other scenic arrangements at the big shops. "Santa Claus" may be taken as another way of saying "Saint Nicholas," for that very popular bishop of Myra, some sixteen hundred years ago, seems to have been the original of the gentleman who comes with cartloads of god things for the younger generation every Yuletide. The legend runs that the good bishop once climbed the roof of a house and dropped down the chimney a gift for an old gentleman who would have been greatly annoyed if he thought other people knew of his dire poverty. But the gift fell into the stocking which had been hung up to dry, and it was used as part of the dowry for the old gentleman's daughter. Thereafter, when a daughter of almost any house was about to marry, she hung up her stocking to see what gifts might fall therein from the skies. That is why we look for gifts in our stockings at Christmas; and some verisimilitude is given to the narrative by the fact that the anniversary of the saint's death, December 6th, is honoured in several countries – the close approximation of the two dates having further connected St. Nicholas with Christmas.

As to the whys and wherefores of the practice of giving presents at Christmas time there are several explanations. Probably we give them just out of some such feeling as impels us to make presents at Easter, on birthdays, and on sundry other occasions. Devout persons, however, prefer to associate their practice of giving presents with the story that the Magi from the East brought with them gifts to the lowly birthplace of our Lord at Bethlehem.

Mention of the gifts of the Wise Men brings to mind a reason for the association of plum puddings and mince pies with Yuletide. Formerly the contents of these toothsome affairs symbolised the offerings of the Magi, and this idea dates back to the very early days of the Christian Church. The meat, fruits and spices, which are the usual ingredients, were once upon a time known as "hacking," from the hacking or chopping, to which they were subjected before they were subjected before they were finally incorporated into the finished article and cooked, but in this country this somewhat barbarous name for our time-honoured plum pudding was changed shortly after the Restoration to that by which we now know it,

Plum pudding is a peculiarly English dish in these times, for, whatever other people did in bygone ages, they can no longer make plum puddings as we like them in Britain. Indeed, there is a story told of a Frenchman who, wishing to please an English visitor at Yuletide, instructed his cook to make a plum pudding according to the recipe which had been sent from this country. When that pudding came to the table it had to be brought in a soup tureen. The directions had been followed with close attention, but unfortunately the recipe did not state that when the ingredients had been duly cut up and mixed together they should be placed in a cloth!


Beef is a characteristically British item of the Christmas festival. The reason must be sought for in those old pagan festivals from which we have obtained so many of the traditions and observances of Christmas time. It is, of course, well-known that the Druids set great store by the mistletoe, and we have already referred to its place in their sacred rites. Well, when the Druids gathered the mistletoe every winter it was their wont to sacrifice a couple of bulls. The special connection of beef with Christmas has been handed down, from those remote times, but, of course, not one person in a million who enjoys his Christmas dinner has ever associated his slice of sirloin with the gathering of the mistletoe. On the other hand, he may have some knowledge of how the loin of beef came to be knighted by a Stuart King, who enjoyed a hunting dinner so much one day that
Quoth he "It is a noble dish!
Ay, noble made by me!
By kingly right I dub thee knight
Sir Loin henceforward be."

THE ORIGIN OF THE CAROL.


These are days when a great deal of attention is paid to the singing of carols. They were always popular, and a Christmas number without some sentimental picture of the old-time waits would indeed be regarded as an arid and uninteresting production. Since time immemorial, bands of singers have raised their voices in carols at this time of the year. But of late [1914], as the practice of singing all round the parishes has been less and less observed, an attempt has been made on the other hand to put the matter on a truer musical basis, and several of our ablest musicians and composers have taken the old carols in hand, have rescued them from old documents or revived them before they have passed from the ken of the few people to whom they have been transmitted from past generations orally, have given them more up-to-date settings, and thus enriched the resources of choirs and congregations everywhere. Thus at Christmas we are so frequently charmed not only by strangely sweet old melodies, but by the quaint verses which so strikingly illustrate the ideas of our pious forefathers.

Carol-singing found its way into Christian observance from the saturnalias of pagan peoples, and in various forms has been, as we all know, a continued practice until to-day. The older carols of this country have a great deal in common with folk-song, and, as perusal of a representative collection will show, they contain much in the way of old legend.


These articles appeared in The Witness of 11th December 1914.


Posted by an extract of reflection at Thursday, December 18, 2014

Email ThisBlogThis!Share to TwitterShare to FacebookShare to Pinterest
Labels: Christmas