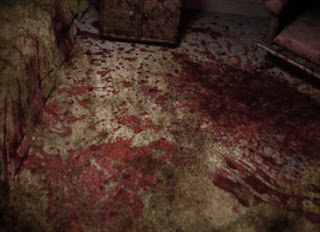 About the year 1828 there was committed at Hillsborough a murder whose mystery was never cleared up. This was the murder of Miss Nancy Stott, a member of the Society of Friends, and her maidservant, a tragedy which has passed into the ballad poetry of the province. They lived alone in a house in Moira Street, but the old lady -- she was about fifty -- was in the habit of going away on her business -- a curious occupation for a woman -- as a leather merchant, taking her servant with her. On Monday evening 5th December, the man who usually attended to Miss Stott's cows left her house at about six o'clock. He was not to return until Wednesday. On Tuesday morning Miss Stott's window shutters and doors were observed to be closed. Her neighbours believed that she had gone to a meeting of Friends, which was holding that day in Lurgan. It was Miss Stott's custom to take her maidservant with her on all journeys. Everything appeared correct about the house, and therefore, no suspicions were entertained of anything being wrong. On Wednesday forenoon the man came, according to agreement, to look after the cows. He found the concern closed up, and the cows were lowing for food. A boy was put upon the yard wall, and he observed something resembling a bloody cap lying at the kitchen door.

An alarm was raised, and Mr. Moore, of Eglantine, with the police, broke into the house, where both women were lying dead, the heads battered by some blunt weapon. In the eloquent words of the reporter of the time:-- "The alarm ran through Hillsborough with the speed and the effect of a terrible hurricane. The people rushed from their homes and looked at each other with a bewilderment in their gaze and a horror in their countenance which can better be conceived than described. They ran to the scene of blood, from that back to their homes, and from thence grouped themselves in the streets, not knowing what to say or do. A well-designed murder had been committed in the heart of a civilised town, in the bosom of a peaceful country, unattended by robbery, for nothing appeared disturbed in the house -- silver spoons were lying about, bank-notes in a counter drawer, and the front and back doors all locked and the keys removed." A large reward was offered, a hue-and-cry was raised, a former servant girl (who benefitted by Miss Stott's will) was arrested, but there was not a tittle of evidence against her, and the tragedy of the murder remains a mystery to this day.

There used to be recited in the country a ballad containing ten verses, by one Patrick Reynolds, of Kilwarlin, who seemed to produce a poem in celebration of everything that happened. Of course the murder was drawn in, and duly portrayed in poetic language:--

"Poetic bards and sages, why silent in these ages,
To see malign outrages and base sorrocide strike Christiandum with terror and fill each mind with horror.
My mentals grieve with sorrow the subject to describe?
'Tis of a brutal action which some of Cain's extraction
In Hillsborough committed upon two females dear.
Who savagely were battered and barbarously slaughtered,
And hurried for to face their God without remorse or fear."
"Each heart with grief was panting, some tender Christians fainting,
The scene was so lamenting to see them in their gore;
Their clothes as if it rained with human blood were stained,
That from their wounds had teemed was frozen to the floor!
The maid was dreadful handled, was fractured, tore, and mangled;
'Twas thought she had wrangled her precious life to save,
But forced for to give over, never more to recover,
All by the deadly blows that her vile assassin gave.

(This article was originally published in the Lisburn Standard on 17 January 1919. The text along with other extracts can be found on my website Eddies Extracts.)

Posted by an extract of reflection at Tuesday, February 05, 2013