The Real Hero of the War 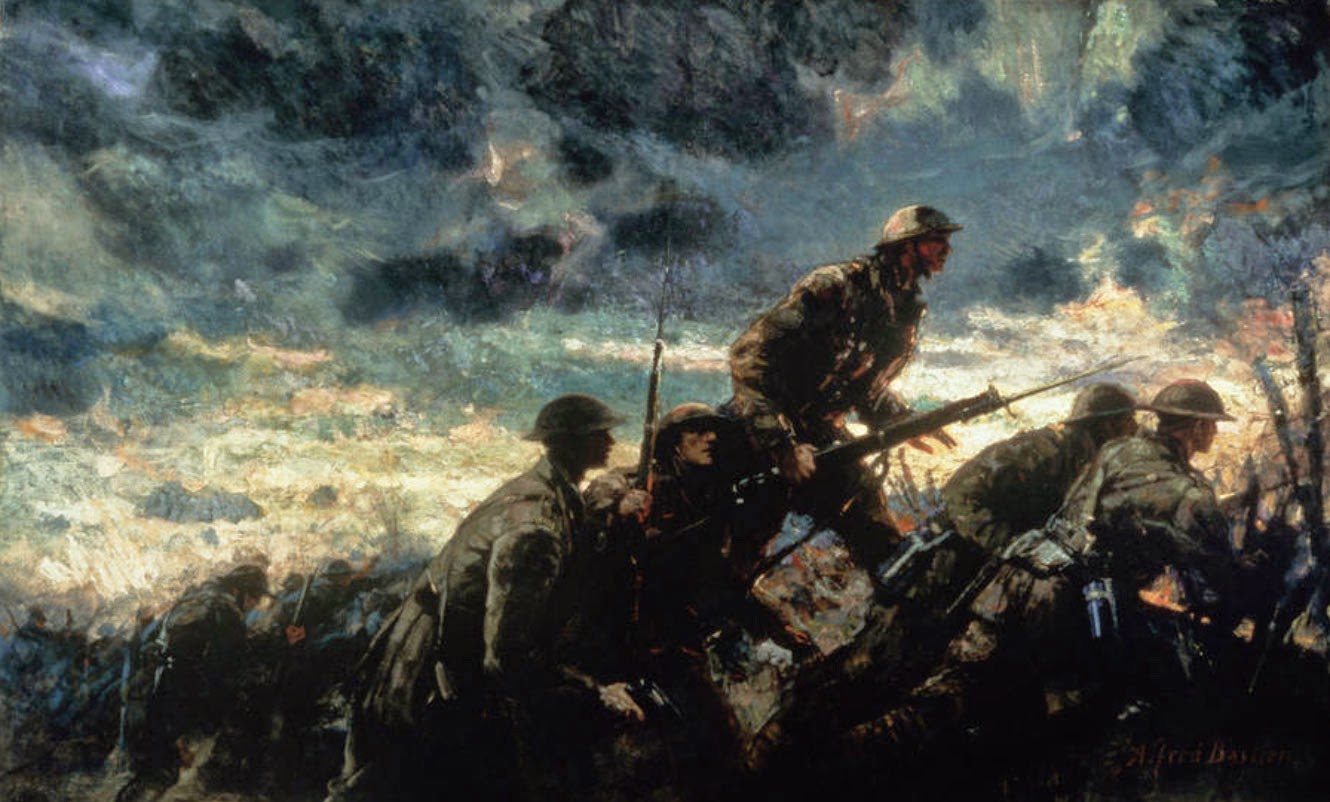 There is an impression about that among the candidates for the position of real hero of the war King Albert might have a chance; or even Lord Kitchener or Sir John French. But I have my doubts, after all that I have heard — and I love to hear it and to watch the different ways in which the tellers narrate it: some so frankly proud, some just as proud, but trying to conceal their pride. After all that I have heard I am bound to believe that for the real hero of the war we must look elsewhere. Not much is printed of this young fellow's deeds; one gets them chiefly by word of mouth and very largely in club smoking-rooms. In railway carriages too, and at dinner-parties. These are the places where the champions most do congregate and hold forth. And from what they say he is a most gallant and worthy warrior. Versatile as well, for not only does he fight and bag his Bosch, but he is wounded and imprisoned. Sometimes he rides a motor cycle, sometimes he flies, sometimes he has charge of a gun, sometimes he is doing Red Cross work, and again he helps to bring up the supplies with the A.S.C. He has been everywhere. He was at Mons and he was at Cambrai. He marched into Ypres and is rather angry when the Germans are blamed for shelling the Cloth Hall, because he tells you that there was a big French gun firmly established behind it, and only by shelling the building could the enemy hope to destroy that dangerous piece of ordnance. He saw something of the bombardment of Rheims and he watched the monitors at work on the Belgian coast.

And not only does he perform some of the best deeds and often get rewarded for them, but he is a good medium for news too. He hears things. He's somewhere about when General ----------- says something of the deepest significance to General -----------. He knows men high up in the War Office. no refers lightly to Kitchener, and staff officers apparently tell him many of their secrets. He speaks quite casually and familiarly of Winston and what Winston said yesterday, for he often has the latest Admiralty news too. It was he who had the luck to be in the passage when Lord Fisher and another Sea Lord executed their historic waltz on the receipt of the news of Sturdee's coup. I don't pretend that he is always as worthy of credence as he was then; for he has spread some false rumours too. He was, in fact, one of the busiest eye-witnesses (once or twice removed) of the triumphant progress of millions of Russians through Scotland and England some months ago. He is not unaware of the loss of battleships of which nothing has yet been officially stated. In fact, his unofficial news is terrific and sometimes must be taken with salt. But denials do not much abash him. He was prepared for them and can explain them. 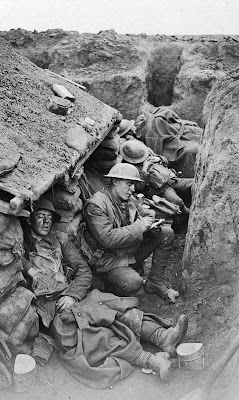 His letters are interesting and cover a vast amount of ground. They are sometimes very well written, and in differing moods be abuses the enemy and pities them. He never grumbles but is sometimes perplexed by overwork in the trenches. He hates having to stand long in water and has lost more comrades than he likes to think about. One day he was quite close to General Joffre, whom he regards as a sagacious leader, cautious and far-sighted; another day he was close to Sir John French, and nothing could exceed the confidence which his appearance kindled in him. On the morning of the King's arrival at the Front he was puzzled by the evolutions of our air scouts, who seemed to have gone mad; but it turned out that they were saluting His Majesty. Some of his last letters were from the neighbourhood of Auchy and described the fighting for the canal. He is a little inconsistent now and then, and one day says he has more cigarettes than he can smoke, and the next bewails the steady shortage of tobacco. As to his heroic actions he is reticent; but we know that many of the finest deeds have been performed by him. He has saved lives and guns and is in sight of the V.C.

And what is his name? Well, I can't say what his name is, because it is not always the same; but I can tell you how he is always described by those who relate his adventures, his prowess, his news, his suspicions and his fears. He is always referred to as "My son."