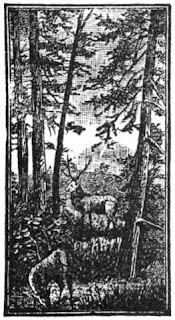 WITH NAMES & ADDRESSES OF SEVERAL THEN & SUBSEQUENT RESIDENTS.

Abridged from The Newry Magazine for 1815.

WARRENPOINT is, comparatively speaking, a new village. About sixty years ago (1755), it had only one house, which stood near the seashore, at a distance from the road, and which belonged to Mr. Christopher Aiken. At present, it has a very considerable number, and is improving every year. There are many very comfortable lodging-houses in and around the village. The quay is very convenient, and is capable of receiving vessels of large burthen. The windmill, built by Mr. Robert Turner, is a very valuable concern. (The windmill was on the site of shops now occupied by Messrs Pedlow, The Square).

There was originally a very extensive rabbit warren at Warrenpoint, from which circumstance the village has received its name.

Near the village stands the new Presbyterian meeting-house, lately erected on the site of the old one.

Immediately on the right, and on the other side of the water, at Omeath, an elegant house, in the cottage style, lately built by James Bell, Esq., appears in view,

A little further on and near the shore, are the houses of Colonel Moore, and two very handsome lodges belonging to Mr. I. W. Glenny and Mr. John Mollan. Colonel Moore's house was built by the late Robert Best, Esq, At Seaview there is a row of neat houses, peculiarly well situated for the accommodation of bathers. The tide is also sufficiently deep for bathing, within a very short distance from the road.

The next remarkable object is the glebe-house, formerly called Marley, now Clonallon-house, which is at present the residence of the Rev. John Davis, the rector of Clonallon. (The authors of The Ancient and Present State of the County Down say, that Dr. Joshua Pullein, the incumbent, built the parsonage-house, Marley, so called from the abundance of marle which was found in its vicinity.) From Mr. Davis's house the prospect is extremely fine.

After passing Rosetta, a beautiful villa built by the Misses Taylor, in a very pleasant situation between the road and the shore (and which is now the property of the Rev. Holt Waring), and two handsome houses, built about eight years ago, by James Moore, Esq., in the cottage style, Arno's vale, the delightful seat of that gentleman, appears in view. (One of them is occupied at present by John Bellingham, Esq., who has a good taste for agricultural improvements, and has published some useful observations.) The house was built by John Darley, Esq. Previously, there had been a neat cottage on the site of the present edifice, which was built by the Rev.-------- M'Arthur, curate of Rosstrevor, and to which his daughter gave the name of Arno's Vale. Thomas Mercer, Esq., occupied this house for some years, during Mr. Moore's residence in India.

The seat of Francis Carleton, Esq., late collector of Newry, at present called Green Park, is situated on the left, at a considerable distance from the road. The original house was built by James Moore, Esq., father of Christopher Moore, Esq., of Newry. It was occupied for a time, first by Mr. Strong, and afterwards by Mr. Broomfield. Collector Carleton having added an entire new front, has made the house a very fine mansion.

NOTE. -- The following names of former residents of Warrenpoint will have a certain interest for many of to-day. They are taken from an old directory published in 1819:--

Rosstrevor was anciently the seat of the family of Trevor. The only daughter of Sir Marmaduke Whitechurch, who removed into Ireland in the reign of Queen Elizabeth, was married to Edward Trevor, Lord Viscount Dungannon. This lady's name being Rose, the village in consequence received the name of Rosetrevor. The title in that family became extinct many years ago; the last Viscount having been killed at the battle of Almanza. The property afterwards came into the Ross family, and is possessed by it at present. The name of the place has in consequence become Rosstrevor. (The old name of the place was Carrickavraghad.) The great-grandfather of the Rev. Thomas Ross, the present rector of Rosstrevor, represented the town of Newry in parliament for a long series of years.

The building now occupied as a barrack was erected by the father of C. Moore, Esq, Major Ross having purchased the concern, added wings to it, and made it his place of residence.

A little further up the hill, stands the Roman Catholic chapel, a neat house, built about twenty years ago, but lately very much improved by the Rev. Bernard Gilmer.

At the upper end of the village, there is a very neat school-house lately built by Mrs. Dawson and Miss Balfour, who have established a school for the education of female children, twenty of whom receive instruction gratis. Besides reading, &c., the children are taught the straw-plait, and various kinds of needle-work. Flax for spinning is also given out to poor females, who are liberally rewarded for their labour.

Formerly there had been a charitable repository for the sale of work, and a school in Rosstrevor, established and supported by Mrs. Stewart, sister of the late Mrs. Hall, and by Mrs. Maguire. Of late, however, they have been discontinued.

At about half a mile from the village, stand the ruins of the old church of Kilbroney. These are of very considerable antiquity. There is an ancient stone cross at this place, which is regarded by the peasantry with peculiar veneration. At a little distance there is a well also, at the foot of a gigantic ash, which is resorted to by great multitudes of persons on particular occasions.

An ancient Clog-ban or white-bell, was found a considerable time ago, in the ivy which covers the gable of this ancient building. It is of excellent workmanship, and is used at present as an altar-bell in the Catholic chapel of Newry. (This bell is of the same kind as all the other ancient bells which have been found in Ireland, and which were rung on funeral occasions, though it is smaller than those commonly known. It is nearly of an oblong form in the mouth, and measures 7 5/8 inches, by 6 7/8 inches. It is 10 3/4 inches in height. It seems a mixture of brass and some very white metal. It has been exceedingly well cast, for though broken, it is still remarkably sonorous. This bell had remained unobserved in the ruins, for perhaps two centuries, and was at length discovered in rather a singular manner. During a violent storm, the wind shook the bell, and produced a sound which attracted the attention of some persons passing near the place.)

Kilbroney is the residence of Robert Martin, Esq., who has bleach-mills at this place.

Above Mr. Martin's, there is a chalybeate spring, which Colonel Ross had covered over, but it has not attracted observation.

Lower down is Mr. Black's paper-mill and dwelling-house. They were originally built by John Darley, Esq., and intended as an establishment for the bleaching of linen cloth.

At the quay are salt-works, now wrought by Mr. James Reilly. The quay was formed about seventy years ago, by Mr. John Martin, whose name was engraved on a stone built into the wall of the pier, but it is now effaced.

On the shelving bank beneath the road, stands the Wood-house, the residence of Trevor Corry, Esq. (In 1819 (four years after this account was published) the Wood-house was occupied by the Hon. and Rev. Edmund Knox, Dean of Down.) Originally, there was a small cabin at this place, the proprietor of which received lodgers. The elegant cottage which Mr. Corry has built here, within these few years, and other improvements he has made, have rendered it a most beautiful residence.

Rosstrevor has improved very much of late years, and contains at present several handsome houses. Topsyturvy, built by William Maguire, Esq., naturally attracts the observation of strangers, from the singularity of its appearance. It stands on the side of a steep hill, from which there is a pleasant prospect. There is no uniformity whatever in the building; and the kitchen is situated in the upper story. Mrs. Dawson, relict of the late Dean Dawson, has just finished a house on a novel plan, which, from its situation, promises to be a charming residence. Mr. Martin has also built a good house in the street leading to the quay. Admiral Fortescue's house, built by Mrs. Maguire, stands in a delightful situation. Smithson Corry, Esq., has lately fitted up a lodge in a very handsome style. Captain Wright and others have also added, by their improvements, to the beauty of the place.

The old church being too small, it is in contemplation to build a new one in a different situation, and preparations are now making for this purpose.

As the water is, in many parts, too shallow at Rosstrevor for bathing with convenience, it is remarkable that no bathing carriages have hitherto been used at that place. It cannot be doubted that one, properly constructed, would be highly useful for the accommodation of bathers, at the same time that it would be profitable to the proprietor.


NOTE. -- the following names, old residents of Rosstrevor and vicinity, are taken from two ancient directories, one for 1819, and the other 1861:--

This article was originally published in "The Open Window Illustrated - Literary Annual and Year Book of Local Annals" in 1900 which was centred on the Newry area.
Posted by an extract of reflection at Thursday, September 12, 2013