Who Did You Think They Were? - Genealogy and the Family Secret 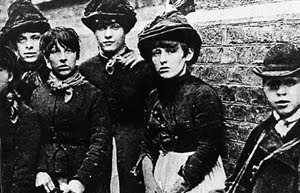 "It's like opening Pandora's Box!" Those were the words used by actress Jane Horrocks in an episode of Who Do You Think You Are?  when talking of the journey she had just made through her family history.  "Betrayed and let down" were the words used by her aunt when she found out about her family's hidden past. These are words which strike a chord with many family historians.

Over the last decade one of the fastest growing pastimes has been genealogy and family history. Genealogy has become big business.  But for those researching their family history there is a personal element many may fail to take account off... family secrets!

Researching your family history can sometimes be like living in your own detective novel - following the clues to dig out the truth. But for the family historian the truth may not be what they think and there is a need to be prepared for what may be uncovered.

Indeed, Dr Anne-Marie Kramer of Warwick University who analysed responses to questions about family history research put to people taking part in the Mass Observation Project, based at the University of Sussex, said of family history, "It can reopen old wounds and shatter illusions about a family's 'respectable' history.  Illegitimate children, hidden affairs, troubled finances and deceit all await those determined to piece together their family's past. In investigating their family history, researchers could open up a Pandora’s Box of secrets and skeletons, such as finding there are family issues around paternity, illegitimacy or marriage close to birth of children, criminality, health and mental health and previously unknown humble origins." 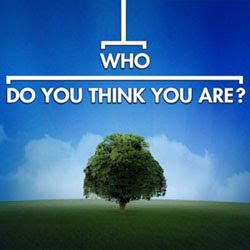 Who Do You Think You Are? is a long running TV series produced for the BBC in which celebrities trace their family tree. The show, sometimes slated by the genealogical purists for its glossing over the much of the background research, focuses on the trials and tribulations of one or two particular ancestors and many consider the best scenes those in which the celebrity is confronted by the family secret.

Kim Catrall, whose grandfather disappeared when her mother was 8 years-old, discovered that he had remarried and had another family, Vic Reeves discovered his grandfather had been a bigamist and left a family behind, Bill Oddie learnt of his mothers mental issues and Griff Rhys Jones learned that his grandmother had been adopted following the death of her parents in a train crash and why the the tragedy had been kept secret for so many years.

Family historians need to be prepared for uncovering stories like these and deal with them sensitively especially if any of those involved are still alive - sometimes a little discretion can go a long way.  Of course, there are some people for whom having an ancestor who was "a bad boy" (or girl :) is a positive bonus - almost as good as having royalty in the family line.

Today having a child out of wedlock would be seen as no big deal but only a couple of generations ago it was another world.  It was considered scandalous and brought shame upon a family and many were hidden away with children being adopted out or placed in children's homes.

Our ancestors were not all saints and it would be foolish to believe they were, but for me the programme also had other memorable moments which showed that not all family secrets are necessarily negative.

Moments such as Jeremy Paxman being almost in tears on learning of his maternal great-grandmother's life bringing up 11 children in a one-room Glasgow tenement, the story of how Rory Bremner learned of his fathers heroics in Holland during WWII or Rick Stein's travels to China to learn of the deprivations and personal tragedy of his great-grandfather Henry Parkes, a 19th century Methodist missionary to China.

It is not the tales of fame and fortune which tell the story of our forebears for those are few and far between, but it is stories like these and many others which tell a truer tale, for those secrets when uncovered tell tales of tragedy, hardship, perseverance and triumph. Of the struggles to make ends meet and to survive in conditions which today would be considered barbaric. Living through times of famine and pestilence or in the cramped filthy housing conditions endured by those working in the mills and factories of the Industrial revolution.

Who Do You Think You Are? may be entertainment built on the fame of its celebrity participants but take that celebrity away and what you find are the stories that lie behind us all.
Posted by an extract of reflection at Thursday, July 15, 2010