The Gulf Oil spill is a Lot of Gas 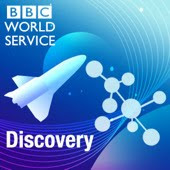 In the latest edition of the Discovery podcast from the BBC World Service Jon Stewart travels to where scientists on board the research vessel Cape Hatteras are studying the underwater plume of oil and gas leaking from the Deepwater Horizon rig in the Gulf of Mexico.

It discusses how around 40 per cent of the plume from the Deepwater Horizon blowout is actually methane gas and how study of this natural gas will help scientists to estimate the true extent of the oil leak and its potential impact.

Methane is also thought to be the main culprit in the blowout that started the leak, and ice crystals formed by the gas sabotaged efforts to put a containment dome over the leak a few weeks ago.

Of greater import however is how the methane poses a longer-term threat to the ecosystem of the Gulf than the oil as the oxidation of methane by microorganisms in the water can lead to oxygen-depleted dead zones where fish and plant life cannot survive.

http://www.helium.com/items/1864136-how-the-ultimate-bp-gulf-disaster-could-kill-millions
http://www.scientificamerican.com/article.cfm?id=deepwater-methane-study
Posted by an extract of reflection at Thursday, June 24, 2010