Before sending that next tweet... think twice... It will now be preserved for all eternity... 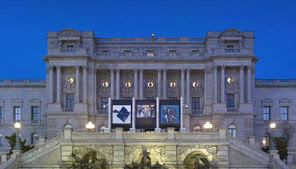 The Library of Congress has announced that is to archive "every public tweet, ever, since Twitter’s inception in March 2006" and that’s a lot of tweets.


The announcement was made in the most apt way via their own feed @librarycongress which has now over 50,000 followers.

"So if you think the Library of Congress is 'just books,' think of this: The Library has been collecting materials from the web since it began harvesting congressional and presidential campaign websites in 2000. Today we hold more than 167 terabytes of web-based information, including legal blogs, websites of candidates for national office, and websites of Members of Congress. "

You have now been warned...
Posted by an extract of reflection at Wednesday, April 14, 2010