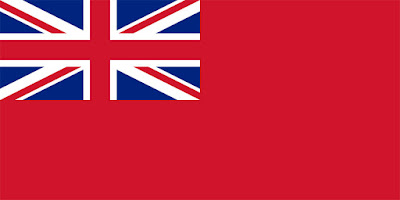 I've read about soldiers and sailors,
Of infantry, airmen and tanks,
Of battleships, corvettes, and cruisers,
Of Anzacs, and Froggies, and Yanks:
But there's one other man to remember
Who was present at many a fray;
He wears neither medals or ribbons
And derides any show or display.

I'm talking of A.B.'s and firemen,
Of stewards and greasers and cooks
Who manned the big steamers in convoy
(You won't read about them in books).
No uniform gay were they dressed in,
Nor marched with their colours unfurled:
They steamed out across the wide oceans
And travelled all over the world.

Their history goes back through the ages –
A record of which to be proud –
And the bones of their forefathers moulder
With naught but the deep for a shroud.
For armies have swept on to victory
O'er the bodies of those who have died;
'Tis thus that the nations do battle
For country, and freedom, and pride.

In thousands they sailed from the homeland,
From Liverpool, Hull, and the Clyde;
To London, and Bristol, and Cardiff
They came back again on the tide.
An old 'four-point-seven' their safeguard –
What nice easy pray for the Huns
Who trailed them with bombers and U-boats
And sank them with 'tin fish' and guns.

The epic of gallant 'Otaki',
That grim forlorn hope 'Jervis Bay',
Who fought to the last and were beaten –
But they joined the illustrious array
Whose skeletons lie 'neath the waters,
Whose deeds are remembered today,
And their glory will shine undiminished
Long after our flesh turns to clay.

They landed the Anzacs at Suvla
And stranded the old 'River Clyde',
Off Dunkirk they gathered the remnants
(And still they were not satisfied),
They battled their way through to Malta
And rescued the troops from Malay;
They brought back the Eighth Army munitions
And took all their prisoners away.

And others 'signed on' in the tankers
And loaded crude oil and octane –
The lifeblood of warships and engines,
Of mechanised transport and plane.
But these were the U-boat's chief victims;
What death they were called on to face
As men were engulfed by infernos
In ships that were 'sunk without trace.'

They were classed a non-combatant service –
Civilians who fought without guns –
And many's the time they'd have welcomed
A chance of a crack at the Huns.
But somehow in spite of this drawback
The steamers still sailed and arrived,
And they fed fifty millions of people –
And right to the end we survived.

And now that the turmoil is ended,
Our enemies vanquished and fled,
We'll pray that the living will foster
The spirit of those who are dead.
When the next generation takes over,
This country we now hold in lease
Will be theirs – may they cherish its freedom
And walk down the pathways of peace.

When the Master of Masters holds judgment
And the Devil's dark angels have flown,
When the dark of the heavenly council
Decrees that the names shall be shown,
They will stand out in glittering letters
Inscribed with the blood they have shed:
Names of ships – and the seamen who manned them:
Then the ocean can give up its dead.


This poem is taken from Voices from the Sea : Poems by Merchant Seamen, edited by Ronald Hope and published in 1977 by Harrap (London) in association with the Marine Society.

Posted by an extract of reflection at Wednesday, June 15, 2016