SINCE The Open Window was last published many changes and innovations have occurred, and in this "changing of the old order to give place to new," none is more striking than that presented by the Catholic Boys' Brigade. The brigade was started only six months ago, and what are the results? To-day we find 600 Newry boys banded together in a voluntary association for their moral and physical improvement, amenable to discipline, subject to the orders of their superior officers, and in possession of all the advantages, educational as well as recreative, that could be conferred by a great public school. The Brigade has fife, drum and bugle bands, and an orchestra consisting of three first and two second violins, cello, cornet, piccolo, and concert-flute. Vocal and instrumental contests are held, and every Wednesday night is devoted to amusement, while to vary the programme a Christy Minstrel troupe has been organised, and will give performances throughout the winter.

"Church-parade" of the C. B. B. is already a recognised local function, and is apparently as keen a delight to our townspeople as the old-established Military Service of Sunday. Dressed in their smart uniform (sashes of St. Patrick's blue, and forage-caps banded with the same shade), headed by their bands, they march to the Pro-Cathedral, Hill street, where a special service is held for them. Here it may be mentioned that total abstinence and a monthly approach to the Sacraments are the most stringent rules of the Brigade.

The steps that have been taken to secure for Newry the benefits accruing under the Technical Instruction Act render it reasonably hopeful that the rising generation, through the influences of the Brigade, will be found equipped for the introduction of new industries and all the higher grade systems of trade.

Signal success has marked the efforts in connection with fife, drum and bugle bands, and while every praise is due to the training and tuitional expertness of the conductors (Mr. T. Ruddy and Mr. M. McGuill), no small share must fall to the individual musical aptitude of the boys. Mr. Ennis, too, who is the physical drill instructor, is to be congratulated both on the efficiency of his methods and on the ability of his numerous pupils.

Altogether the C. B. B. presents an object lesson well worthy of imitation, and all the success of the undertaking, its initiation, its working and influences for good are to be ascribed to the unwearying efforts of the president, the Rev. Father E. M'Givern. 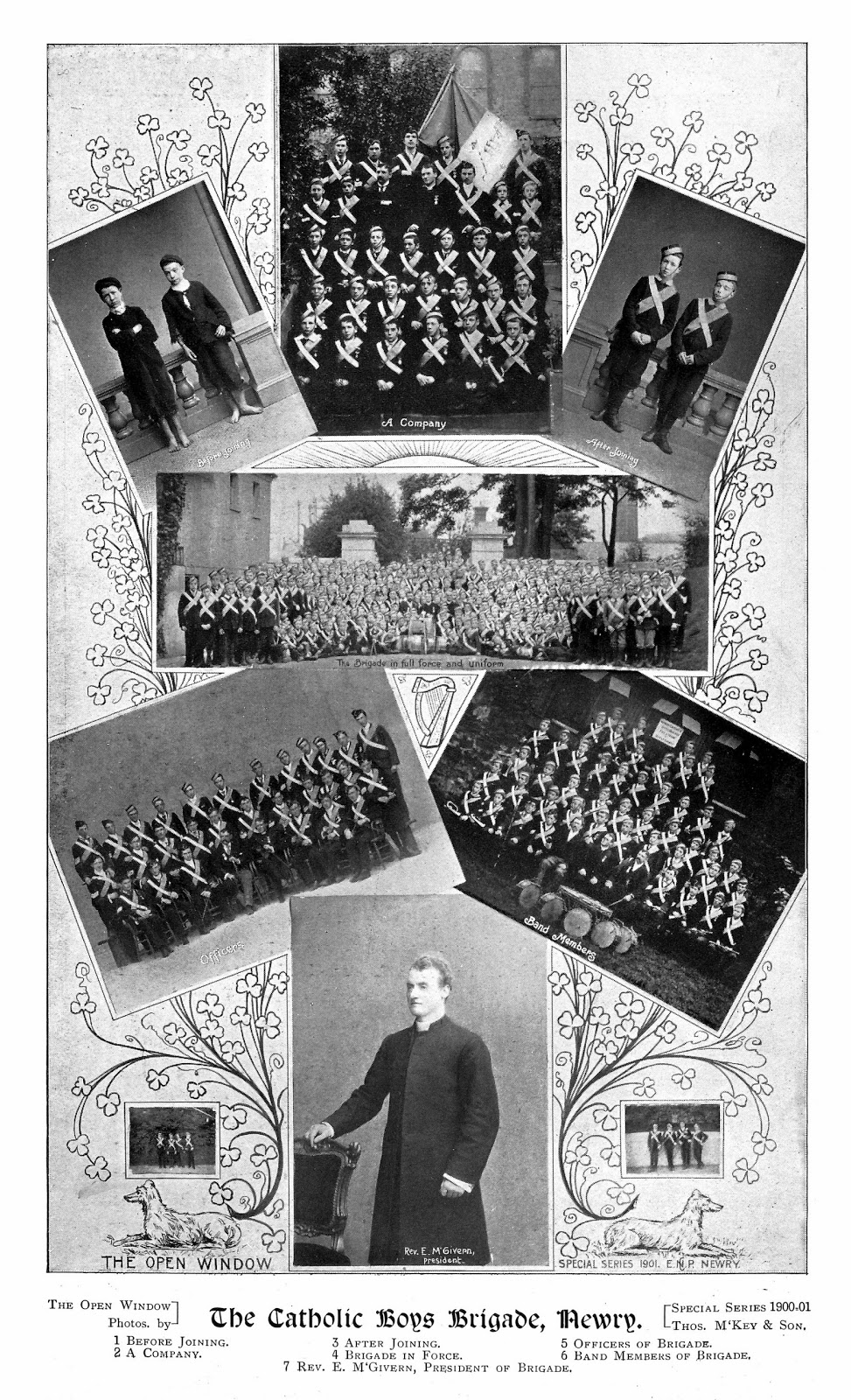 Posted by an extract of reflection at Thursday, June 19, 2014